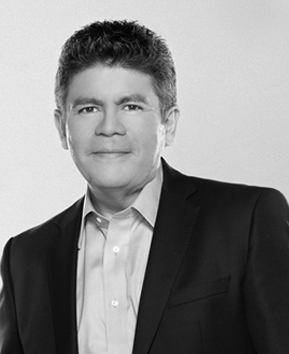 Louis Barajas strives to redefine what it means to be a wealth and business expert. Rather than limiting his scope to the size of the client’s bank balance, investment portfolio, or retirement account, his approach is to show people how to use their finances to enrich their lives. Louis connects with people through their passions, their dreams, and their sometimes- challenging life situations. His ability to guide clients through the ever-changing landscape of consumer finance has resulted in Louis becoming a highly-sought-after wealth and business manager to iconic Latin artists, athletes and executives.

Since 2017, Louis has annually been selected as one of the top 30 business managers in Billboard Magazine, and has been featured on Variety Magazine’s Elite Business Managers list. He was recently featured on Investopedia’s Top 100 Advisors for 2019 and selected to CNBC’s Advisory Council for 2020. Louis currently serves on the CFP Board Center for Financial Planning’s Diversity Advisory Group.

His passion for giving back to the public was highlighted in 2014, when he received the prestigious Heart of Financial Planning Award. Louis also served as the first minority member on the National Board of the Financial Planning Association, and was named Small Business Journalist of the Year by the Los Angeles Office of the Small Business Administration. Money Magazine named Louis as one of America’s Top Advisors and he was chosen by People en Español as a person making a difference in the lives of Americans.
Louis also loves to teach and has served as an adjunct professor for financial planning course. He has published five books on personal finance and entrepreneurship and will release his sixth book, The Go-Better Entrepreneur, in January 2021 (www.louisbarajas.com).

Louis is a prominent speaker and presenter and his perspective has been featured in publications that include USA Today, The Miami Herald, The Los Angeles Times, and Success Magazine. He has also shared his financial and business insights on national TV networks that include CBS, CNN, CNBC and Fox Business News. His radio experience includes appearances on NPR’s Tell Me More and Marketplace Weekend Edition. In 2015 and 2016, Louis was part of NPR’s Family Matters live tour at universities throughout the United States.

Louis received his Bachelor of Arts degree in Sociology from UCLA in 1984, a Master’s Degree in Business Administration in 1987, the California Life & Health Insurance License in 1989, the Certified Financial PlannerTM designation in 1990, registered as an Investment Adviser in 1991, and received the IRS Enrolled Age.